The Franciscan church in Krosno is important in world art history not because of its age or character, and not even because of the miraculous painting of Our Lady. Its importance stems from the fact that in the 16th century it became the favourite church of the local nobility and gentry, who often chose it as the place of their final rest, as was the custom at that time.

They followed the example of the most prominent family of the region and one of the most prominent in the Kingdom of Poland at that time – the Kamienieckis, who owned the Kamieniec Castle near Krosno. Jan Kamieniecki, one of the last members of this family, died in 1560. His father had been Marcin Kamieniecki, Field Crown Hetman and voivode of Podole, who left his son significant wealth, but also a lawsuit for the castle against the influential Boner family, which continued for several generations. Its story is well known in Poland as it was immortalised in the most popular Polish comedy play – Aleksander Fredro’s “Zemsta” (“Revenge”). On his death, Jan Kamieniecki left his family such wealth that he was buried in the Franciscan church and commemorated with a tomb created by one of the greatest artists in Europe at that time, Giovanni Maria Mosca.

Giovanni Maria Mosca, known in Poland as Padovano, came from Padua and is counted among the most outstanding sculptors of Italian Renaissance. His sculptures can be admired in the most famous churches of Venice and Padua, and his miniatures in Berlin and Louvre. In 1529, King Sigismund I the Old ordered his tombstone from him and Giovanni Maria Mosca went to Kraków, where he soon found himself in high demand for his services as tombstone sculptor, regardless of the price. He produced tombstones for two wives of Sigismund II Augustus, Elisabeth of Austria and Barbara Radziwiłł, bishop of Kraków and Archbishop of Gniezno Piotr Gamrat, bishop of Poznań Stanisław Oleśnicki and Hetman Jan Tarnowski, and other artists of the time modelled their work on his. However, his most recognisable achievement in Poland are not effigies but the Cloth Hall in Kraków. He co-designed its reconstruction and its loggia inspired innumerable imitators. When you visit the chancel of the Franciscan church in Krosno and see the armoured knight carved in red marble, do appreciate the prestige of the artist whose work you are looking at. 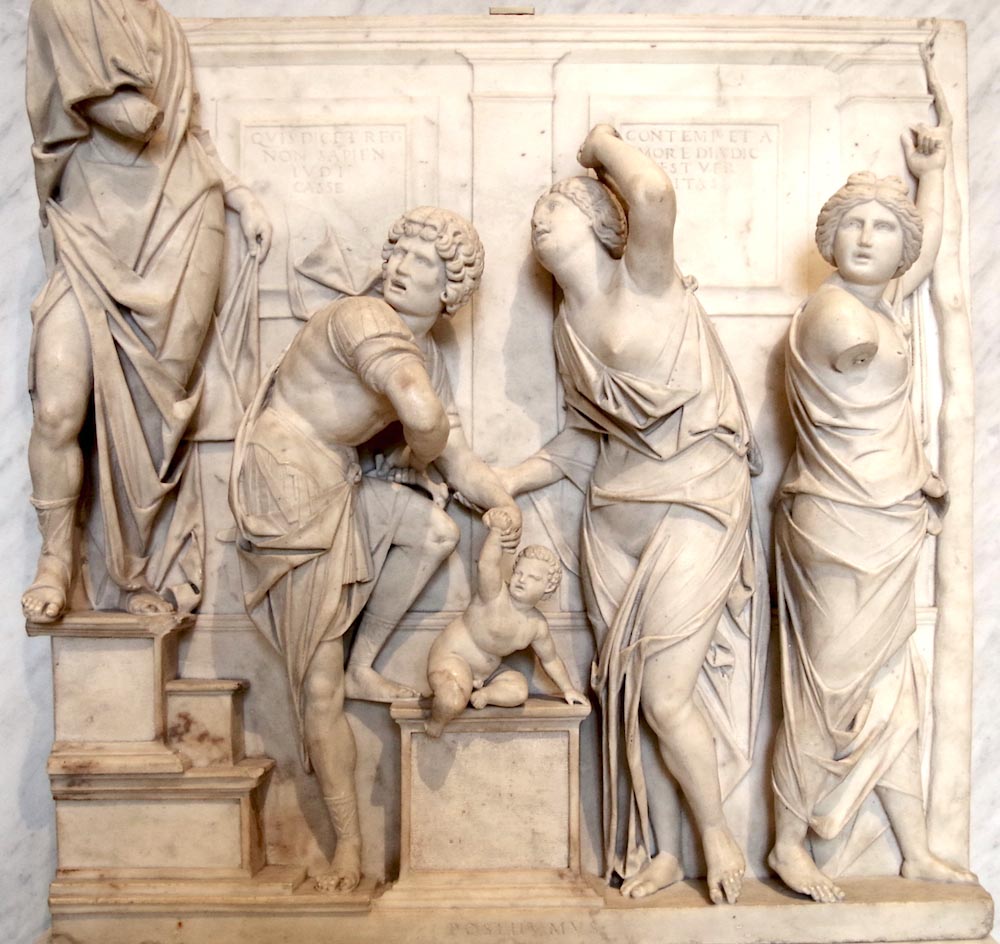 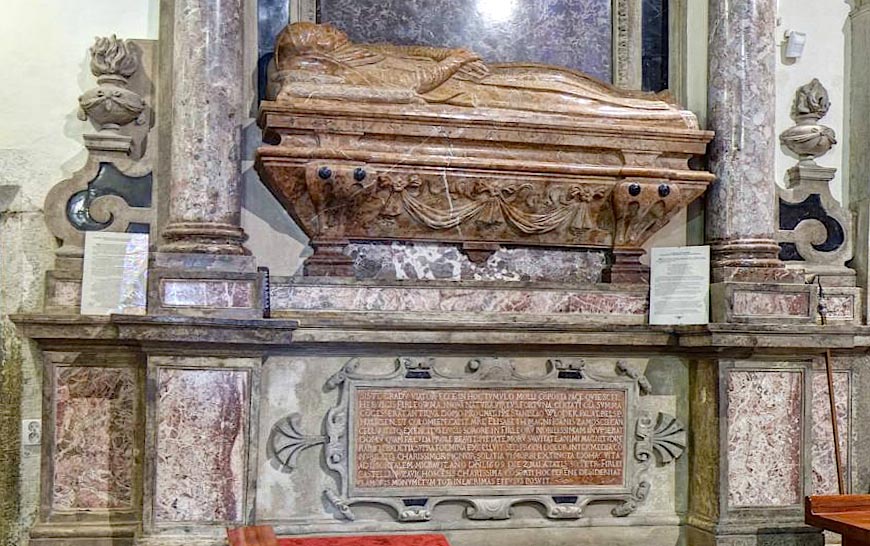 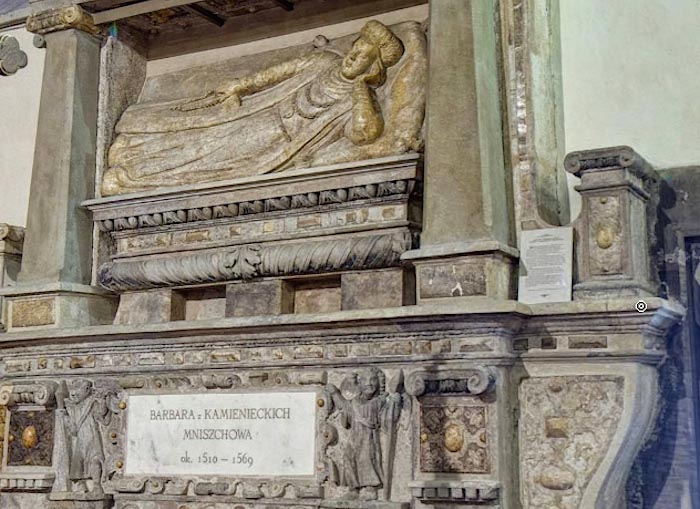 Another artist of world renown whose work you can admire in this church is Giovanni Lucano, from an Italian town of artists Lugano. He came to Poland around 1596 to work on the reconstruction of the Wawel Castle after a fire. He may not have sculpted monarchs like Padovano, but many of his masterpieces can be admired in Kraków. He created the tomb next to the Kamieniecki’s tomb, of Jadwiga Firlejowa née Włodek, who died in 1609. This rich tomb made of several varieties of marble includes the effigy of Jadwiga Firlejowa on a high sarcophagus. She was a niece of Hetman and Chancellor of the Crown Jan Zamoyski. At a young age, she married Piotr Firlej, who later became the Voivode of Lublin and inherited from his mother part of the Kamieniec Castle, together with the lawsuit with the Skotnickis, which was already under way. Jadwiga and Piotr’s son Mikołaj married Zofia Skotnicki and thus ended the hundred-year quarrel over the castle, an ending which is also presented in Fredro’s “Zemsta”.

On the other side of the chancel, there is an even more splendid effigy showing another woman connected to the Kamieniec Castle, Barbata Mniszech née Kamieniecka, who died in 1569. She was Jan Kamieniecki’s sister and the grandmother of the famous Russian tsarina Marina Mniszech. The effigy was created by Jakub Trwały, a sculptor from Lviv, and funded by Barbara’s son Jerzy Mniszech – voivode of Sandomierz and influential nobleman, whose great ambition led him as far as Moscow. Driven by dreams of the tsar’s crown, he supported False Dmitriy I in his efforts to regain the throne in Moscow, and in recognition of his help Dmitriy married his daughter Marina, making Jakub Trwały the tsar’s father-in-law. This makes the magnificent tomb in in the Franciscan church in Krosno the tomb of a tsarina’s grandmother. It includes an effigy of Barbara Mniszech on a high base, and, above, sculptures of the Evangelists John and Mark, as well as God the Father and Jesus.


There is one other Renaissance tomb in the church, though not in the chancel. Its author is unknown, and it shows Jan Jędrzejowski, an heir of Potok, and his wife Elżbieta.


Take a virtual tour of the church